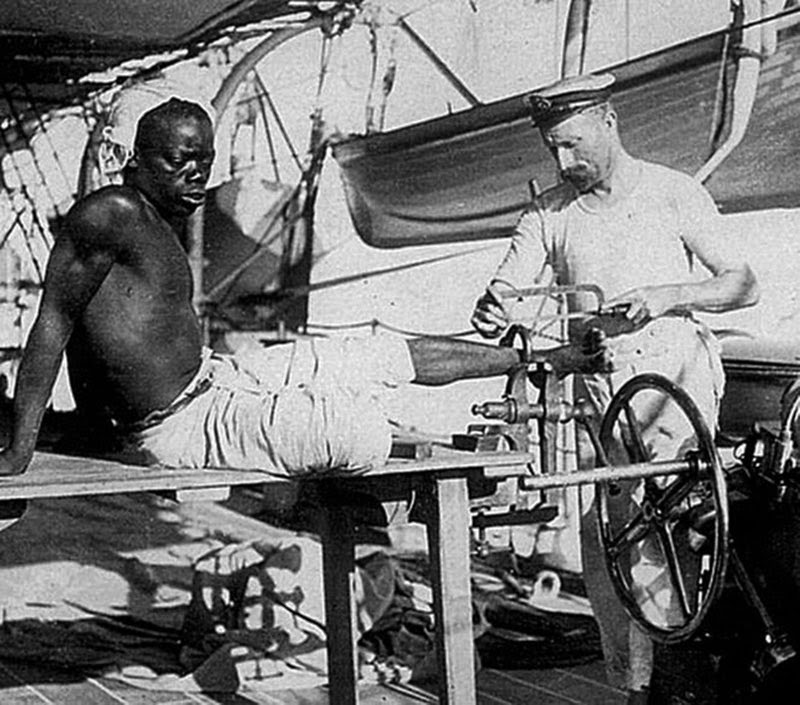 This image depicts a sailor removing the manacle from a recently liberated slave. The photograph is part of a modest collection presented to the Royal Naval Museum in Portsmouth by Samuel Chidwick. His father, Able Seaman Joseph Chidwick, was serving aboard the HMS Sphinx when he was born in 1881.

They fled in a canoe when they learned that a Royal Navy ship was nearby.

Commander Litchfield reported in his report dated 15th October 1907 that the ship received “six fugitives” while on a voyage off the Batineh Coast of Oman between the 10th and 14th of October. It had been three years since one of the fugitives had been chained up, but he still had his leg shackles on when he ran away.

Samuel Chidwick said: “The pictures were taken by my father who was serving aboard HMS Sphinx while on armed patrol off the Zanzibar and Mozambique coast in about 1907. They caught quite a few slavers and those particular slaves that are in the pictures happened while he was on watch. That night a dhow (sailing vessel) sailed by and the slaves were all chained together.

He raised the alarm and they got them onto the ship and got the chains knocked off them. They then questioned them and sent a party of marines ashore to try to track the slave traders down.

They caught two of them and I believe they were of Arabic origin. My father thought the slave trade was a despicable thing that was going on, the slaves were treated very badly so when they got the slavers they didn’t give them a very nice time”. 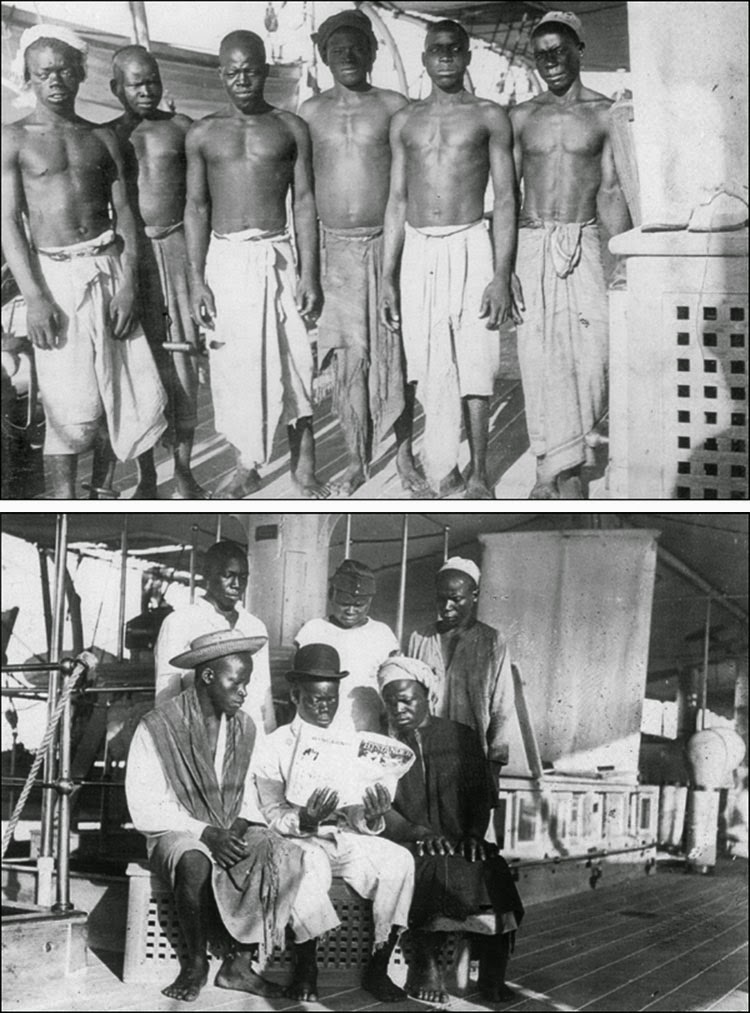 The saved slaves on board of HMS Sphinx. The crew gave them new clothes (second photo). 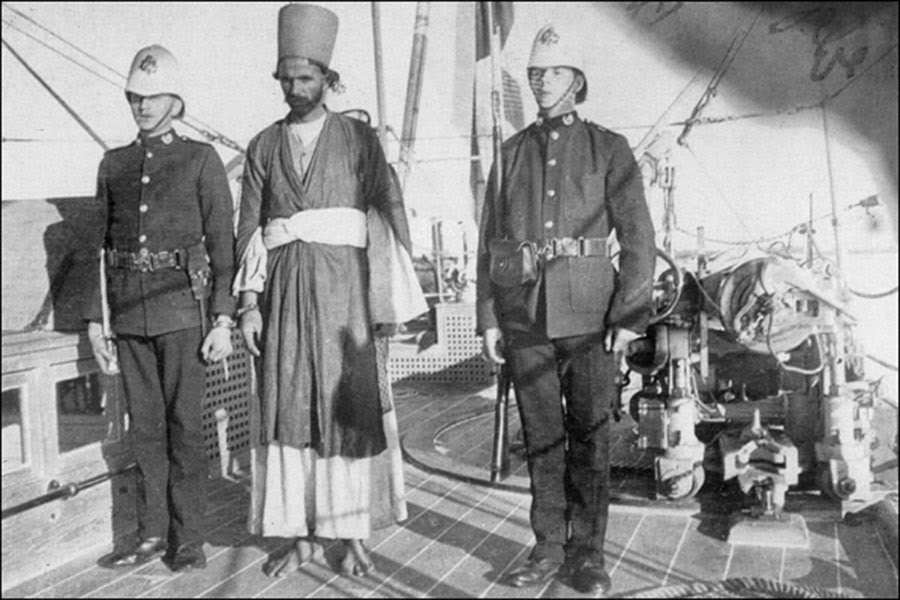 An Arab slave dealer in custody.

The Royal Navy, which then controlled the world’s seas, established the West Africa Squadron in 1808 to patrol the coast of West Africa, and between 1808 and 1860 they seized approximately 1,600 slave ships and freed 150,000 Africans who were aboard.

Most of the ships captured were headed to South America. The first stop was always South America after Africa. This was mostly due to Brazil being the biggest importer of slaves and also due to the trade winds and a ship’s inability to sail directly to North America.

Brazil was the largest importer of African slaves during the slave trade era and was also probably the worst in terms of the treatment of their slaves. Nonetheless, despite laws banning their importation, between 1808 and 1888 more than a million new slaves were forcibly shipped to Brazil.

The House of Commons passed a bill in 1805 making it unlawful for any British subject to capture and transport slaves but the measure was blocked by the House of Lords and did not come into force until March 25, 1807.

The 1807 Act of Congress technically abolished the intercontinental slave trade in the United States but the ban was not widely enforced and many of the slave ships which escaped the blockade were destined for the southern United States. The internal trading continued until the Civil War ended that.