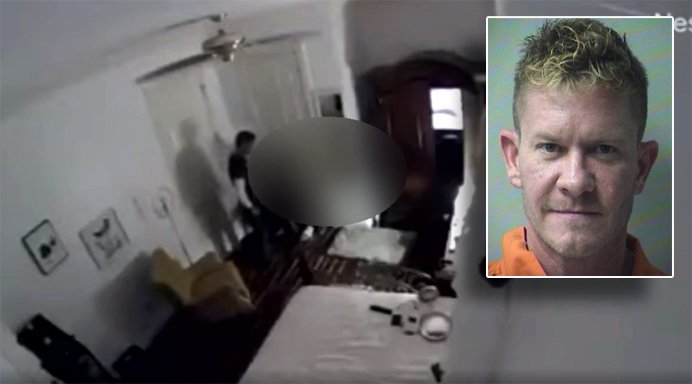 DESTIN, Fla. (TMW/CNN) –A man in Florida is facing several charges after his 14-year-old daughter planted cameras to film his alleged abuse.

Damon Richard Becnel, 47, of Destin, a well-known local businessman, was arrested after his adolescent daughter recorded the tape, according to The Destin Log. It’s said that Becnel is the partner in 26 businesses, including the Sandestin Police Department Inc., which is run by him.

According to Okaloosa County web records, Becnel was arrested on Jan. 2 on one count of child abuse and one count of animal cruelty.

According to the footage, Becnel threatens and assaults the girl as well as one of the dogs.

“I will cut this (expletive) dog’s eyeballs out, I’ll (expletive) do it,” said Becnel, who could be seen pulling out a knife, according to the arrest report.  Later in the video, Becnel hits the dog and holds an object to its throat that investigators said was a knife.

According to the report, Becnel grabbed his daughter’s hair, headbutted her and knocked her head against the wall.

The victim’s mother, Allison Tringas, called her daughter “absolutely my hero,” and told WEAR the teen has tried for years to get someone to do something about the alleged abuse.

“She is one strong and one smart little girl and I couldn’t be more proud of her,” said Tringas, who is divorced from Becnel and doesn’t have custody rights.  “I would hate for justice not to be served and the system, again, fail my precious daughter.”

” Becnel, who the Florida Division of Corporations lists as a managing partner of 26 businesses — among them president of Sandestin Police Department Inc. — was charged Jan. 2 with child cruelty and cruelty to animals.

And suddenly, her not being “believed” makes a whooooole lot more sense.