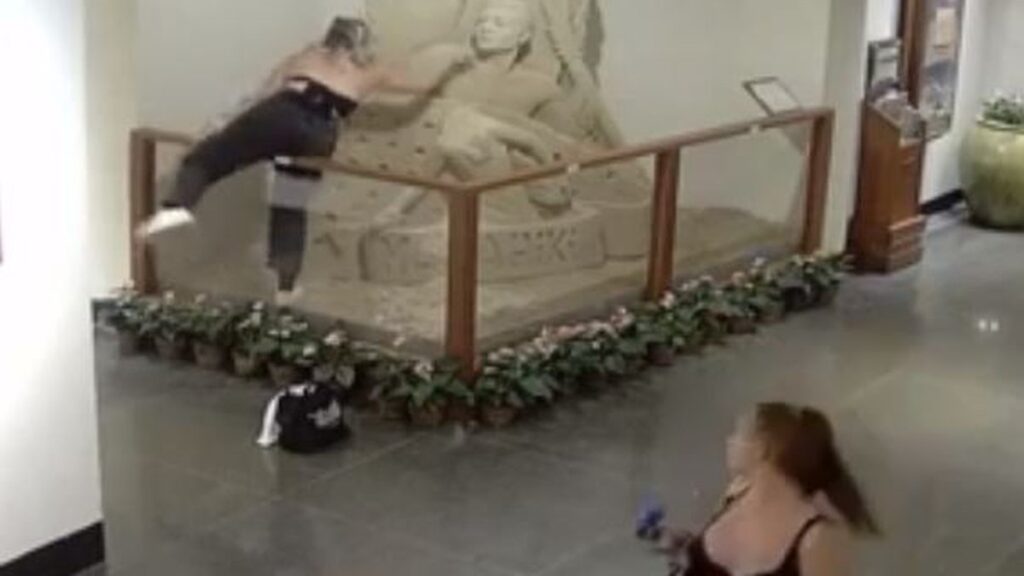 A second juvenile suspect was arrested by Honolulu police in relation with a sand sculpture vandalism case at the Royal Hawaiian Hotel in Waikiki.

CrimeStoppers and police sought the public’s help last week in identifying two suspects involving the vandalism that took place at the hotel on the night of Aug. 12.

Police released a surveillance video that showed an unknown female repeatedly striking the sculpture with a pillow.

She then climbed onto a protective barrier surrounding the artwork and defaced the sculpture with her hand while another female recorded the act on a cellular phone.