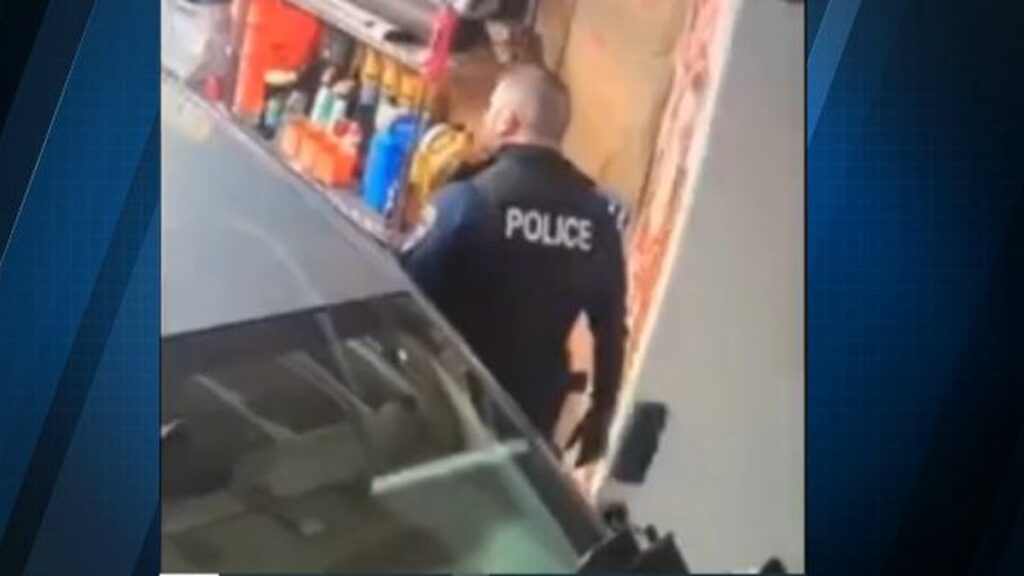 MASSENA, N.Y. (WWNY) -A felony charge has been filed against a suspended Massena police officer.

On March 16, Brandon Huckle was captured on film seeming to maliciously damage a vehicle while carrying out a search warrant.

According to the local police chief, Huckle was suspended without pay on March 25.

A New York police officer is being investigated after footage surfaced of him purposefully destroying a person’s automobile while carrying out a search warrant.

The local news outlet North Country Now reports that the police department in Massena, New York, has launched an internal investigation following the release of a 20-second video. The video shows the officer, identified by North Country Now as Brandon Huckle, entering a garage. The door hits a silver car as Huckle enters. Huckle then intentionally grabs the door and swings it twice more into the side of the car.

There have been countless accusations over the years of police maliciously ransacking houses during the executions of search warrants, but it’s not often captured on video.

“Clients tell me all the time that property is destroyed or stolen during search warrants,” Brian Barrett, the car owner’s attorney, told North Country Now. “This is a rare occasion where we have a video of a police officer destroying a client’s property. I’m more inclined to believe my clients now that I’ve seen this with my own eyes. I’ve got to take a very close look at those cases and the returns on the warrant and things like that.”

Barrett also said that his client believes the officers in the raid didn’t report all of the cash they seized. The reported amount, he said, is about $2,000 short.

Reason recently reported on a federal civil rights lawsuit filed by a Virginia lawyer who says cops used an armored vehicle to tear apart her unlocked door and then went room to room trashing her house, all to retaliate for winning a case several days earlier.

Last year, a Chicago woman filed a lawsuit after 15 plainclothes officers allegedly broke through the front door of her apartment and trained their guns on her 70-year-old mother and 4-year-old daughter. The suit claims the officers then herded the trio onto a couch, still at gunpoint, and ransacked her apartment. “They cut couch pillows open, dumped clothes, damaged dressers and tables,” the lawsuit says. “They threw Jasmine’s nail products all over the floor and destroyed her technician’s table, costing her thousands of dollars. They even destroyed Khamme’s Christmas decorations and ripp[ed] or [cut] open Leyalina’s prized stuffed animals, ‘bunny Sarah’ and ‘monkey.'”

Barrett told North Country Now he is considering filing a complaint on his client’s behalf with the county sheriff or the New York State Police.