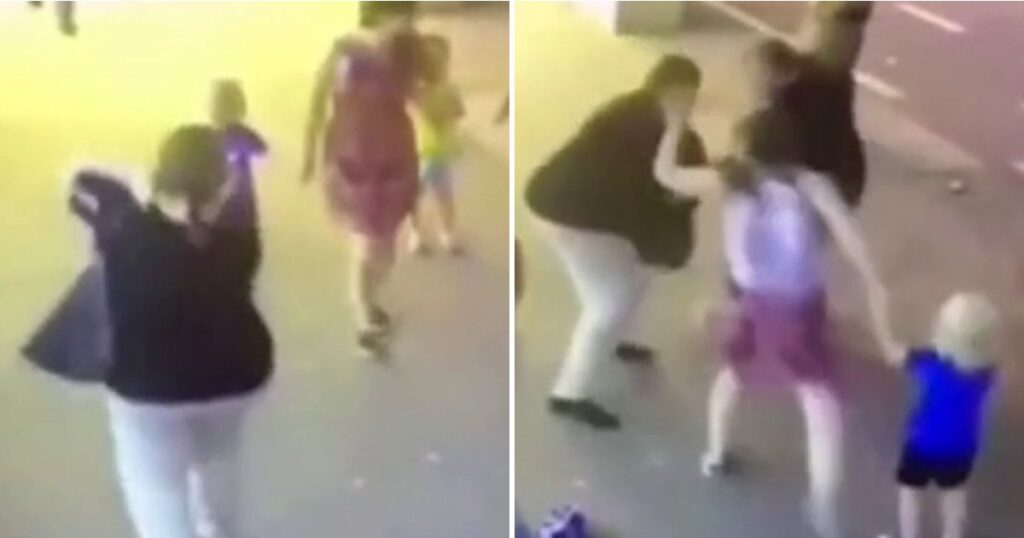 A woman was filmed stabbing a little boy in the face before attempting to slash his little brother in a random street attack.

The boy, 3, was attacked as he held hands with his mother as his sibling and father walked behind them in a street in Tbilisi, Georgia.

Footage shows the woman approaching the youngster, pulling a knife out of a black handbag and slashing him across the face.

The child, had deep wounds in the nose and right cheek. He received stitches and has since been discharge from hospital. pic.twitter.com/RYuWC1ISIx

She begins to march off before turning and attempting to stab the second child.

The father pulls the younger boy away before she can make contact, before running after his attacker.

But the man backs off as the woman lashes out at him still holding on to the knife.

The boy was rushed to hospital by ambulance and treated for ‘moderately severe’ cuts to his nose and cheek, Jam News reported.

Police discovered CCTV at the scene, outside a pharmacy on Pekini Street in the Georgian capital, and were able to track down the suspect.

The boy’s parents said they had never seen the attacker before. 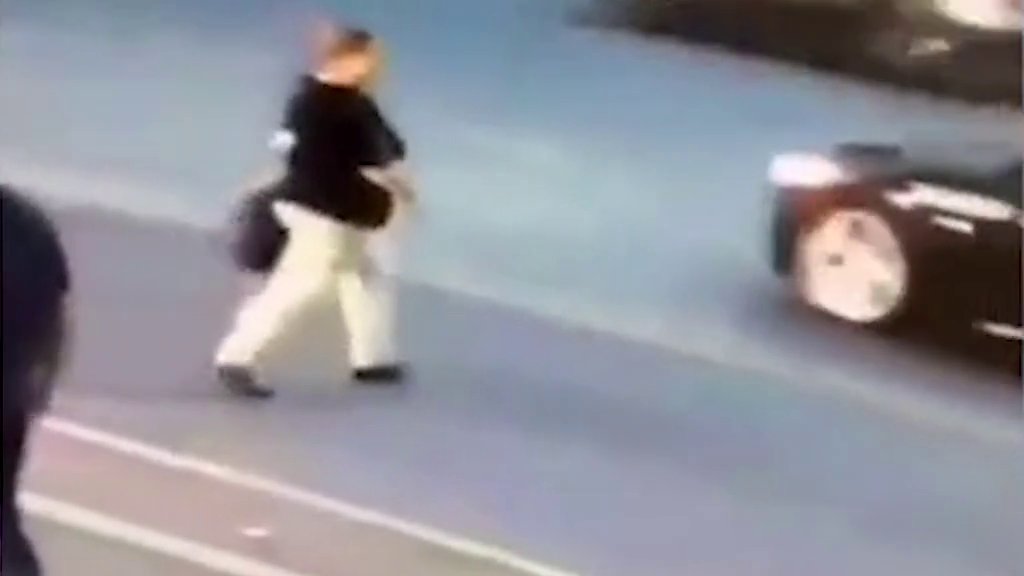 Police have arrested a woman, 51, in relation to the stabbing.

She faces seven to 10 years in prison.

The woman, described as a 51-year-old, unemployed artist escaped from the scene, but was detained by the police the following morning.

She faces seven to ten years in prison. pic.twitter.com/5cczQNF6Dt

Doctors at the hospital where the boy was treated said he will be kept in for a few days to monitor his progress.