A call came in to the Dog Rescue Shelter in Mladenovac, Serbia, about a mom dog and two pups who had been abandoned outdoors and had been lying on the side of the road for a few days.

According to ilovemydogsomuch.tv, the good Samaritans attempted to feed them, but the mom dog was very protective of her pups and wouldn’t allow them to touch them. 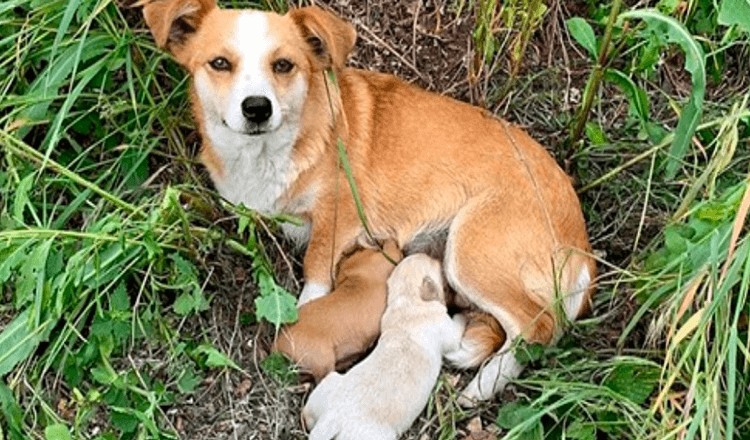 When rescuers arrived, she was hiding in the grass beside the road with her babies, trying to protect them while she waited for her owners to come back for her.
But sadly, they never would. 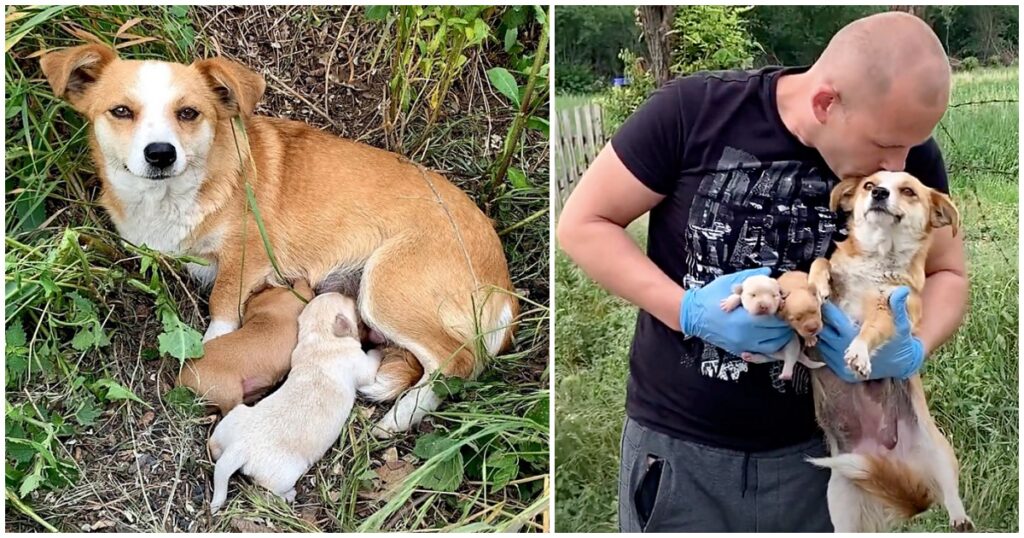 Luckily, the knew the rescuers were there to help her, and she remained friendly and was willing to eat whatever food they offered her.

After they loaded mama dog and her two puppies into their car, they went back to search the grass one last time to make sure there weren’t any other puppies being left behind.

Much to their surprise, they found another one in the grass a few feet from where the mama was. The puppies were only a few days old and hadn’t even opened their eyes yet. 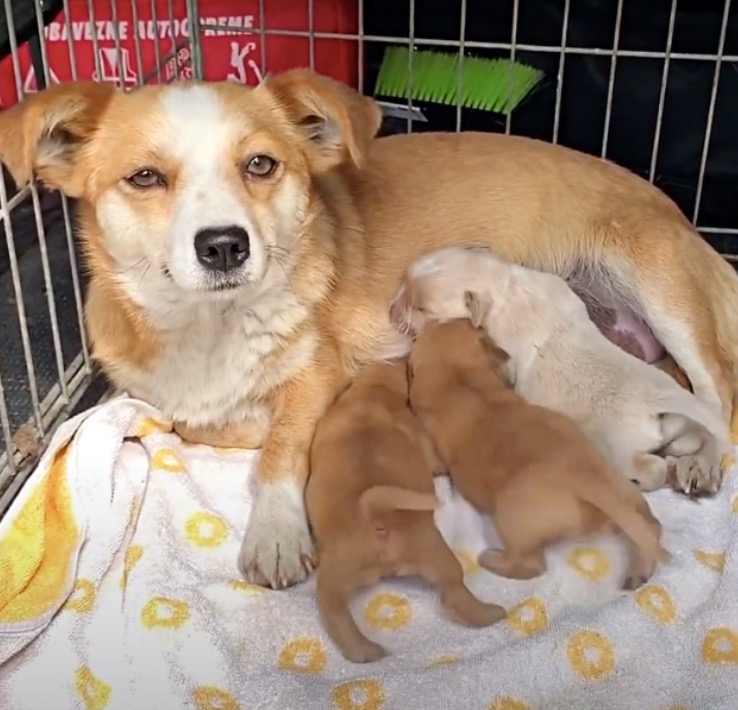 Thankfully they were rescued just in time, and the four of them were brought back to their rescue.

The mama, now named Moli, has been such a great mother to her puppies. She is relieved and grateful to finally be in good hands and have a warm bed to sleep in, and not stuck outside on the side of the road.
The shelter will take great care of the little family until they’re ready to be put up for adoption.

Dog Rescue Shelter is non-profit rescue organization that is one of the few no-kill shelters in Serbia, as well as the largest. 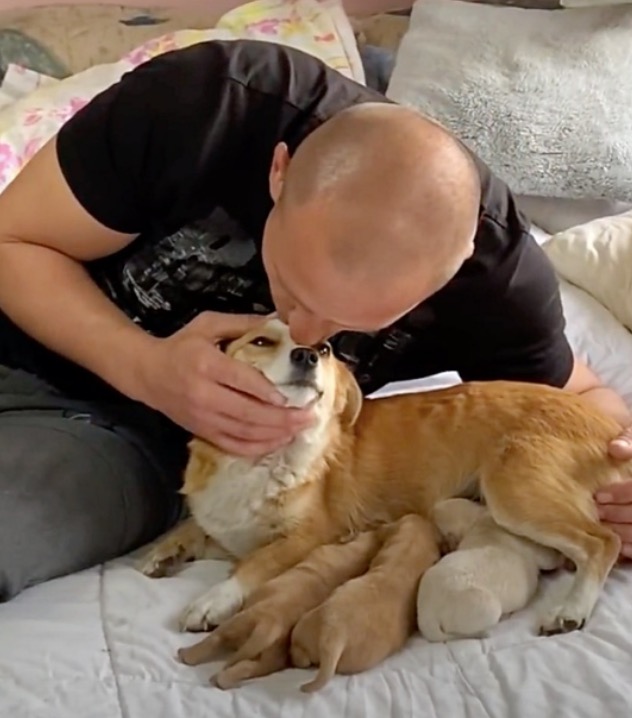