The Humane Society released horrifying footage of a dog lunging at a young girl in a church parking lot to highlight “dangerous pets.”

Surveillance footage from the Oct. 20 incident shows a man and a woman walking with the 5-year-old with Bibles in hand outside a Colorado Springs, Colo., church. 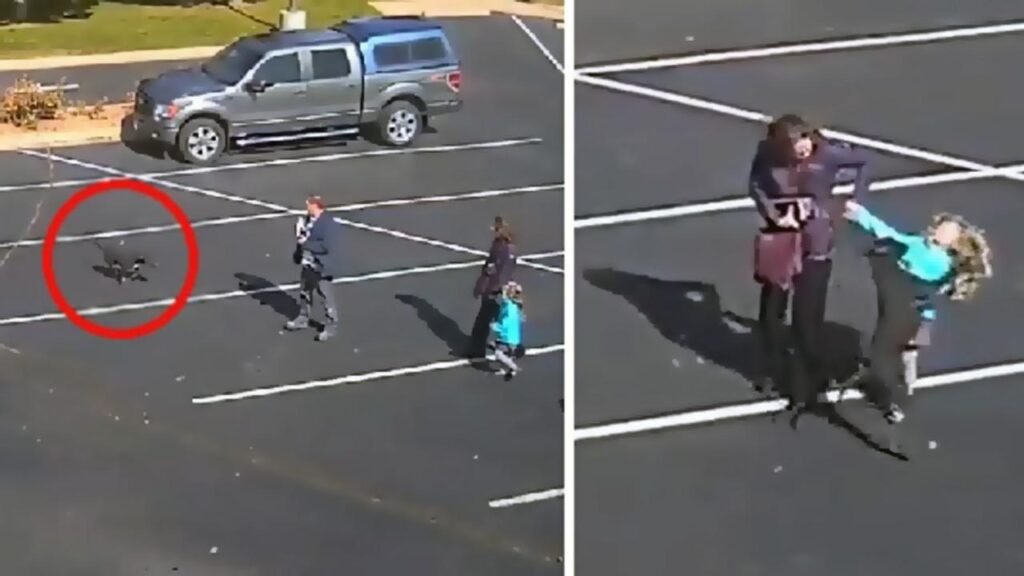 Three adults jumped in to help get the dog off the girl, who reportedly sustained moderate puncture wounds to her left bicep and forearm, requiring immediate medical attention.

The owner, who was arrested and charged with unlawful ownership of a dangerous animal, euthanized the dog after the attack. Authorities did not release the names of the girl or the dog owner.

The Human Society of the Pikes Peak Region (HSPPR) is adding the video to its “Bite Blotter,” to help the community keep track of pet bites.

“If you witness any violence or abuse to an animal or by an animal, we urge you to contact our team,” Norris added. “We’re better together, and with community support, we can make 2020 a safer year for both the people and the pets of El Paso and Pueblo counties.”

The group is trying to raise awareness with the blotter, which shows the animal, victim, date of the attack and ZIP code where the attack took place, as well as other details.