Money doesn’t make you rich, your heart does. The kindness displayed by this man is inspiring. The compassion shown by him towards animals in need and animals is also impressive. Although he’s on streets, this guy from Thailand is doing everything his best to provide food for the cats he’s taken by. 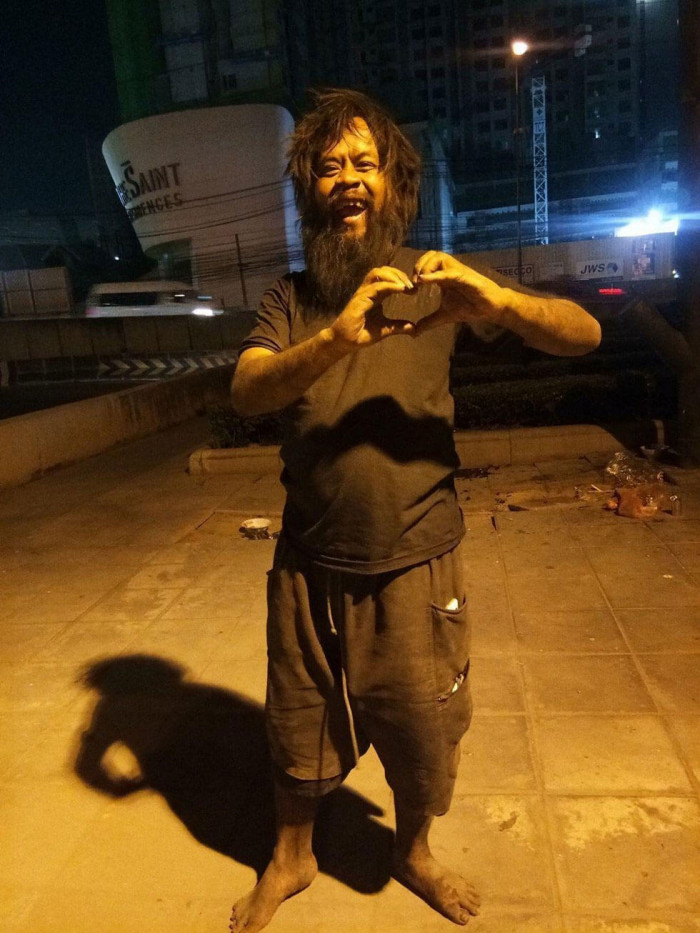 Loong Dum, a homeless man from Thailand has become an internet celebrity. The story began when Warunya Wattanasupachoke saw the man selling limes. What really attracted her attention was a notice that read: “20 baht(the official currency of Thailand) per bag, profits will pay for stray cat’s food expenses.” 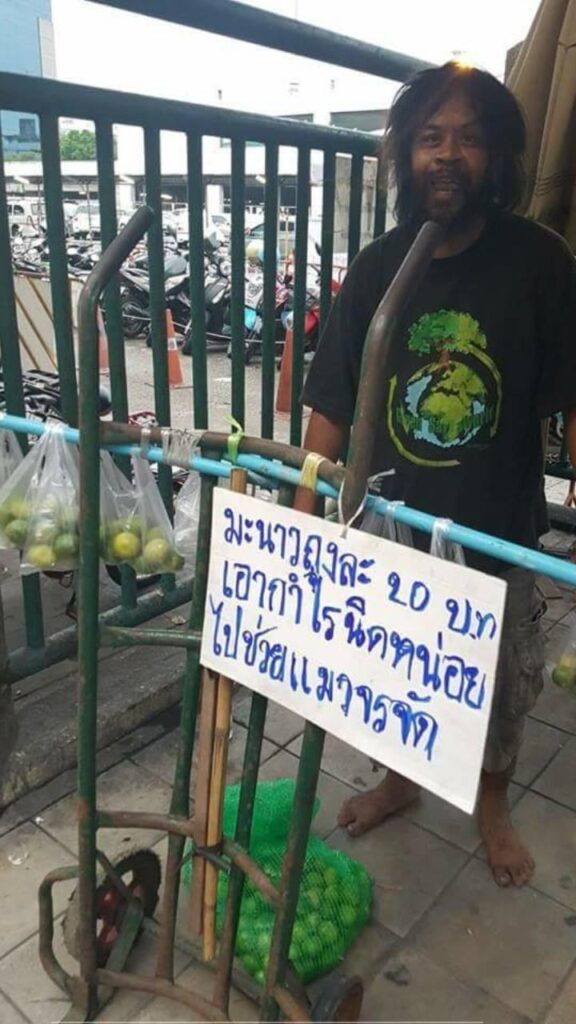 Warunya immediately bought all the limes, but that’s not all. She also decided to share some photos of Loong on Facebook, so people to find out about his big heart. The man, doesn’t have a home for years and he use to sleep in the local train station. But that doesn’t stop him to sell limes every day in order to fed the cats who also live on the streets. 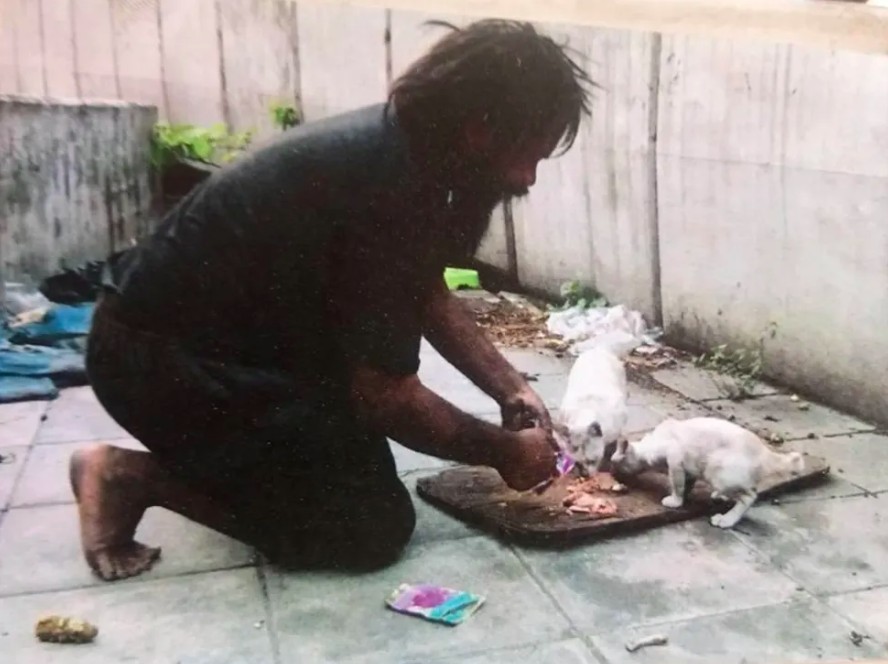 “We shouldn’t judge someone based on their appearance,” Warunya said. “Take Loong Dum for example. Though he is homeless and rugged-looking, he has a big heart.” And her post didn’t go unnoticed. Loong’s incredible love and kindness to animals touched people’s hearts and Warunya’s post went viral.

A lot of Thai people started to donate food for both the cats and their angel. Loong also received new clothes and he even got a new haircut. 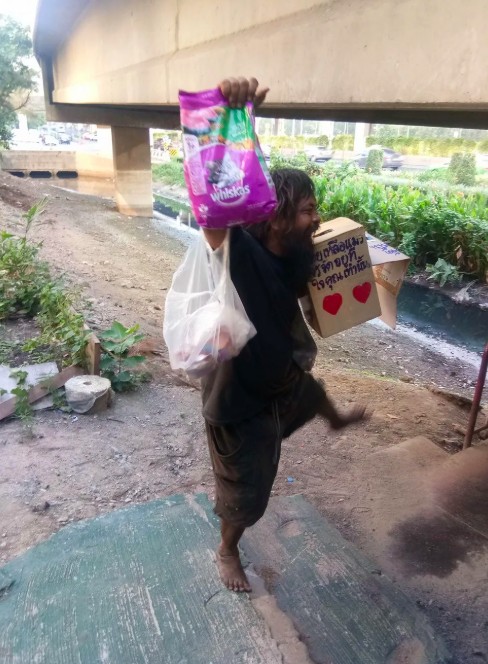 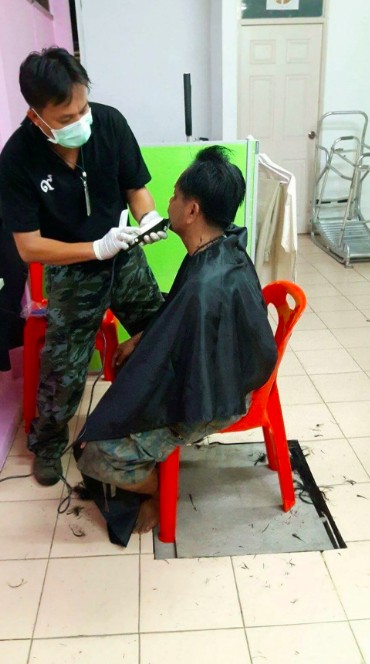 “I’m fine with skipping meals, but the cat needs to eat,” the kind-hearted man said when asked why he’s doing it. Loong Dum you’re an angel! 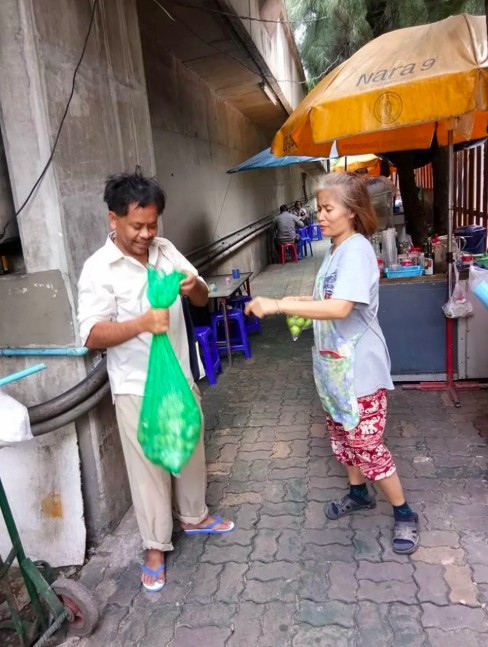 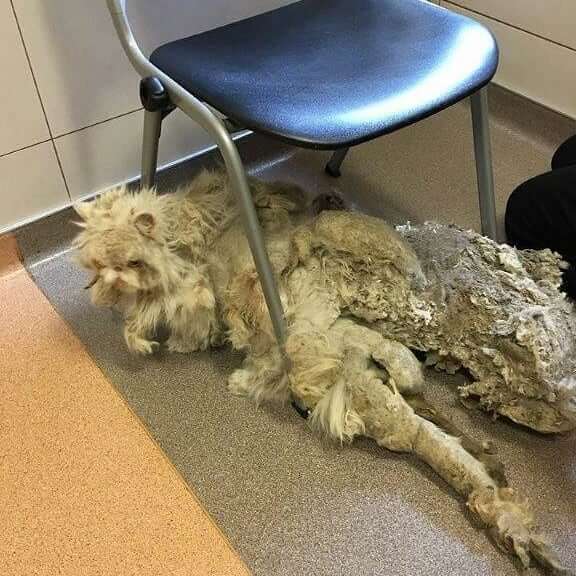 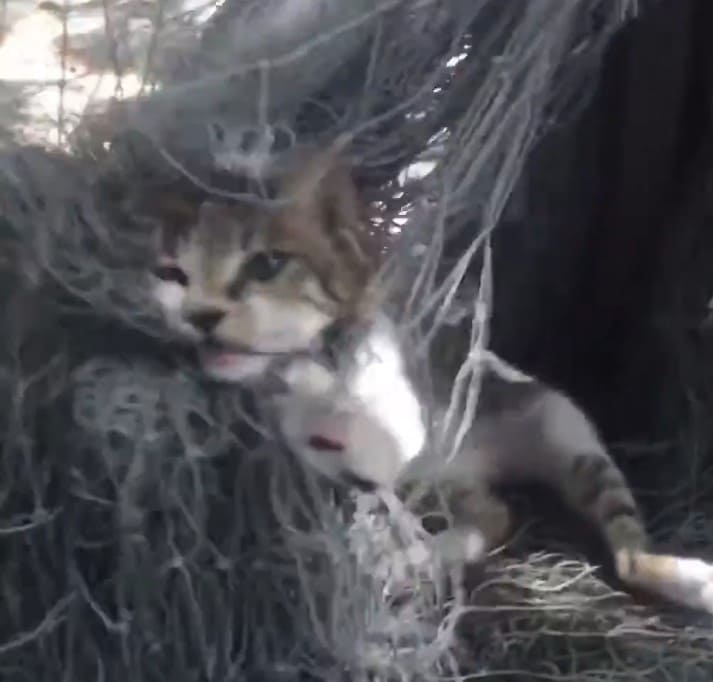 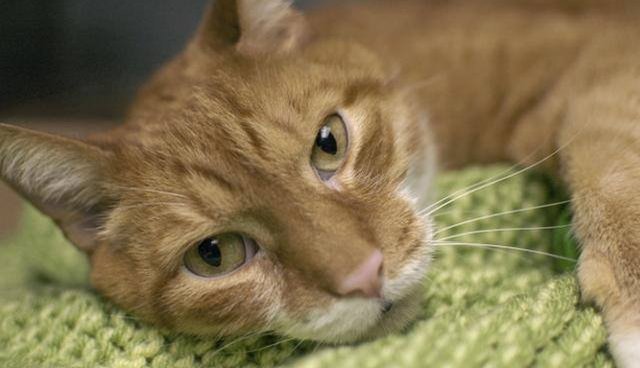