A few San Jose cops made their journey through the torrential rains to rescue a small dog called Snuggles. Snuggles who two large wandering dogs were brutally attacking.

After much struggle, the cops were able to ward off the aggressive dogs, but Mr. Snuggles had collapsed from his injuries by then. His stomach was completely torn off due to bite wounds and dirt and debris were seeping into his intestines. 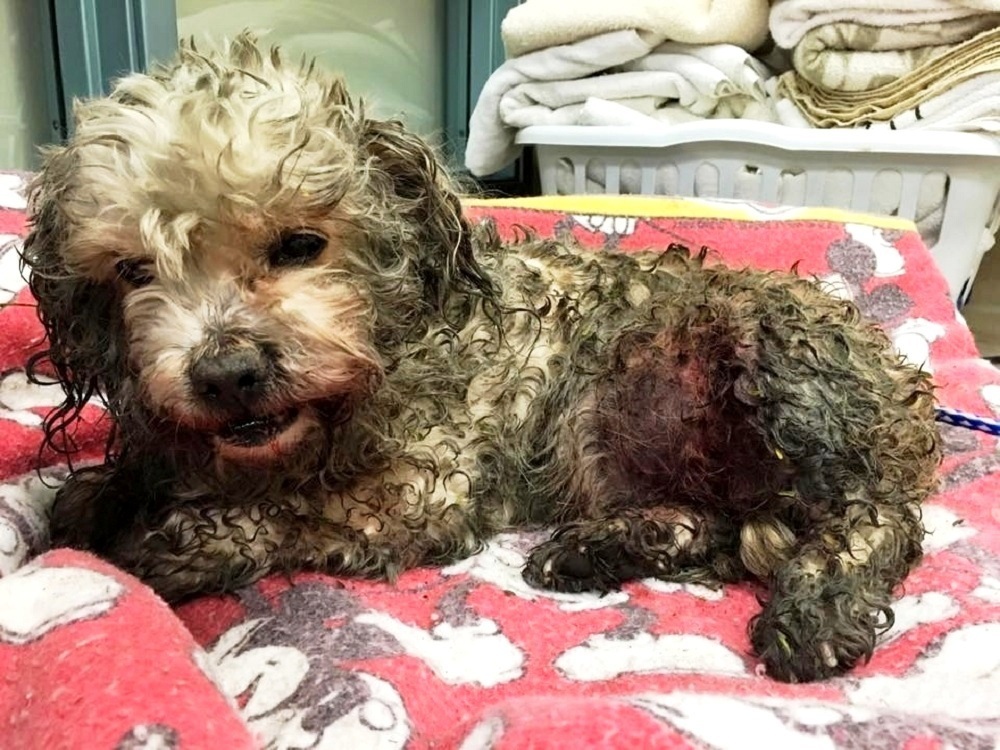 The dying pooch had no pulse in his lower body when he was rushed to the vet at the local shelter. The vet added heating pads to the rain-soaked baby as she examined his wounds. It was determined that Mr. Snuggles had traumatic abdominal hernia, an avulsed tooth and several other contusions. He was in extreme pain and it only seemed merciful to put him down. 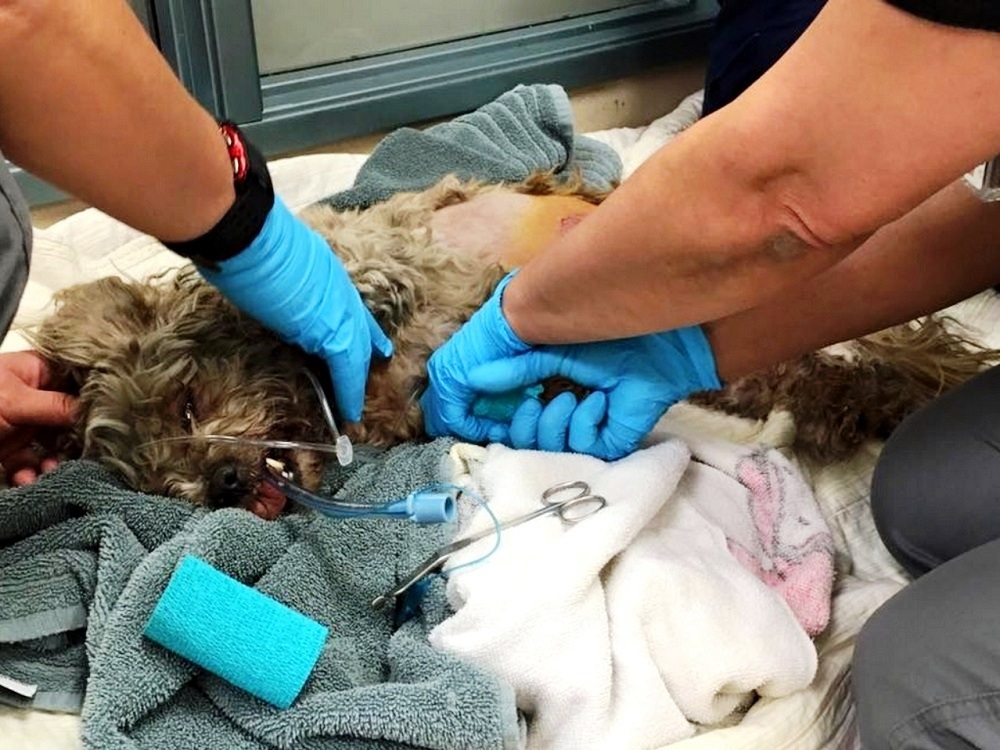 But despite the odds, the vet assembled a team to operate on Mr. Snuggles’ multiple injuries. After dealing with the internal organ damage, she put the dog on heavy antibiotics to prevent the wounds from becoming septic. However, there was still no movement in his left hind leg, which indicated that it had to be amputated in the future. 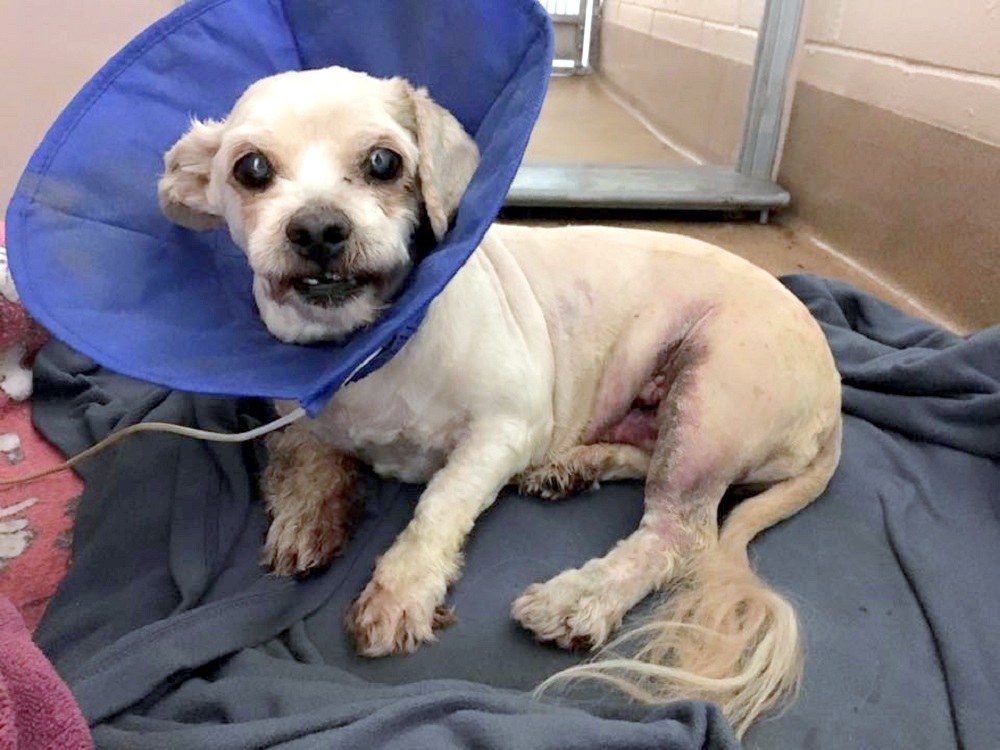 Mr. Snuggles didn’t seem like he would pull through at all, but he shocked everyone with his stunning recovery! Using his sheer willpower, the little fighter even managed to use his left leg again! The vet not only cancelled his amputation, but also reached out to a rescue to find him the best foster home for further recuperation. 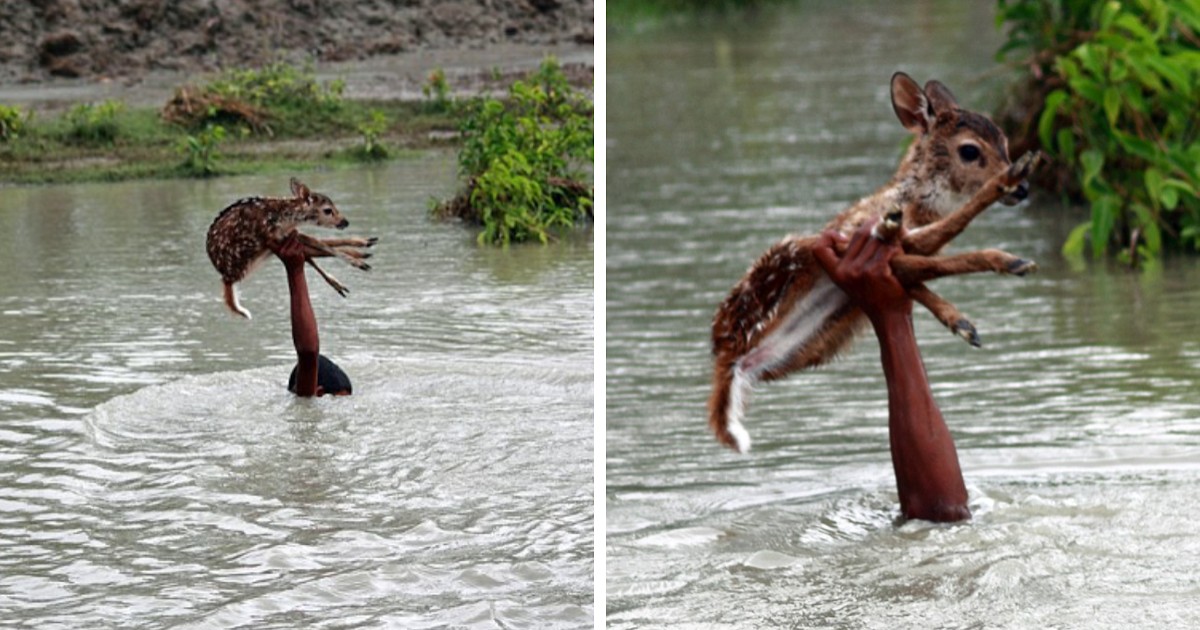